Building a brand new police department, Menifee PD aims to be a safe, respectful and inclusive culture where people come first. This is the tone Chief Walsh wants to set for the freshly minted Menifee Police Department. And that means building a team dedicated to those goals. Attracting candidates who act with the highest level of respect, fairness and compassion.

Meeting Menifee PD’s recruiting goals entailed coordinated landing page, social media, advertising, brochure and billboard campaigns around building excitement and recruiting at Menifee PD. And we looked outside of Menifee itself, a fledgling city in its own right. We worked to draw candidates that would also become new members of a community in Menifee.

Utilizing minimalist design, this campaign centered around headlines, grabbing attention in law enforcement publications and billboards, offering messages such as “The Rumors Are True”, and “This is Our Origin Story”. The message for commuters was hard to miss and to the point; “If You Worked in Menifee You’d Be Home by Now”. This campaign was hugely successful, drawing candidates from across the nation to apply for the new Police Department. 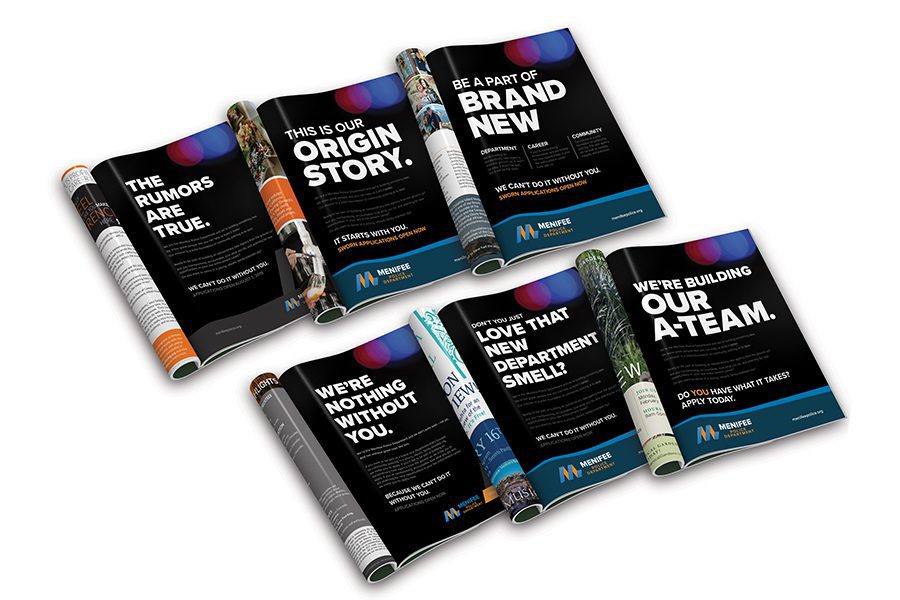 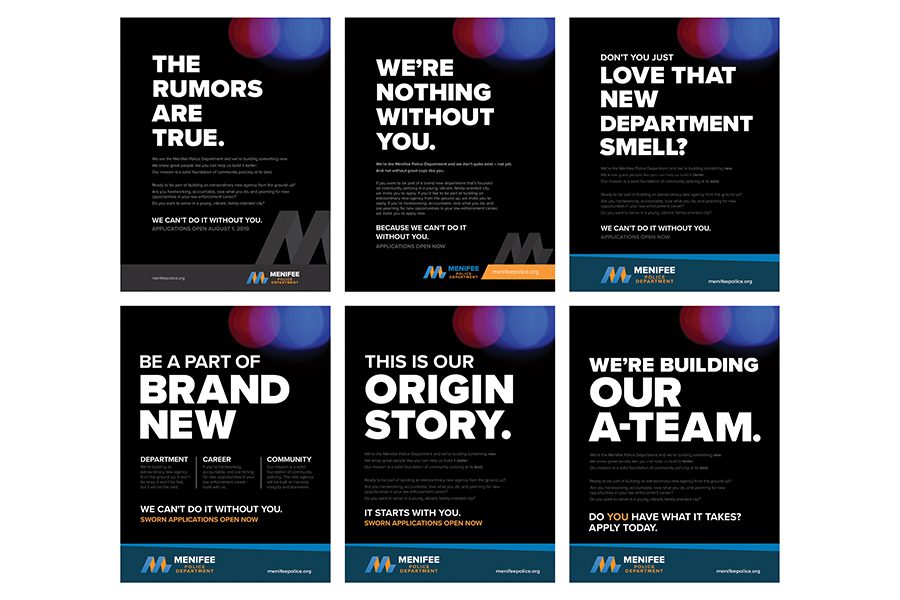 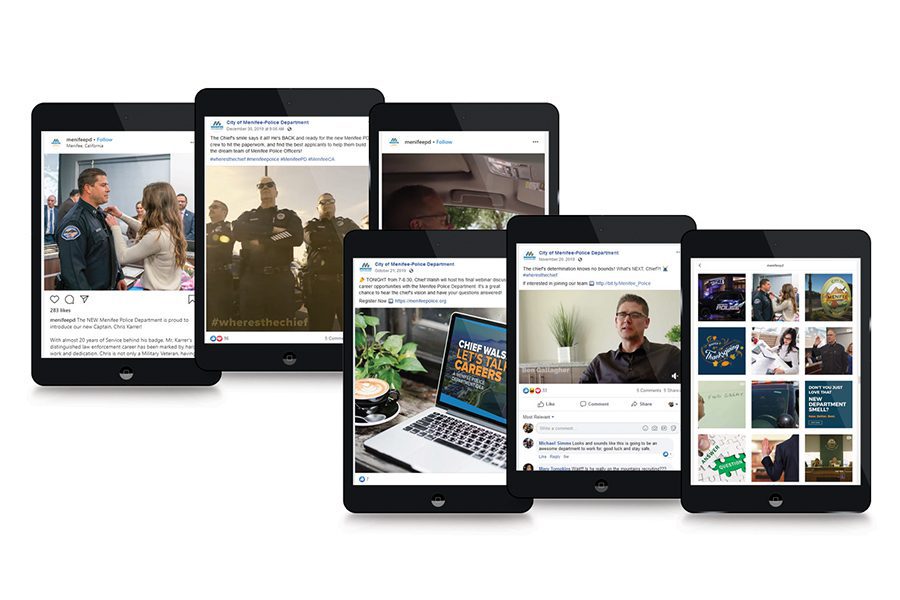 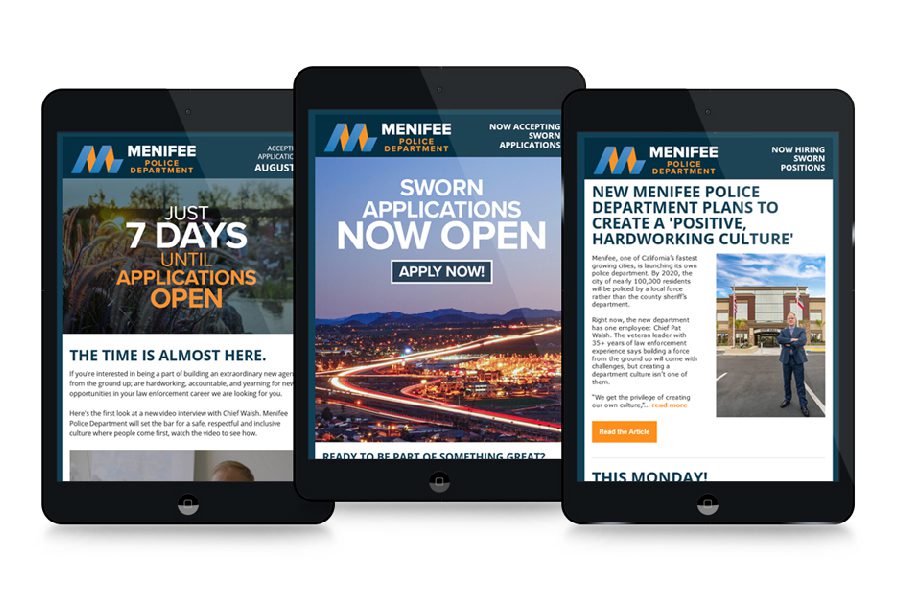 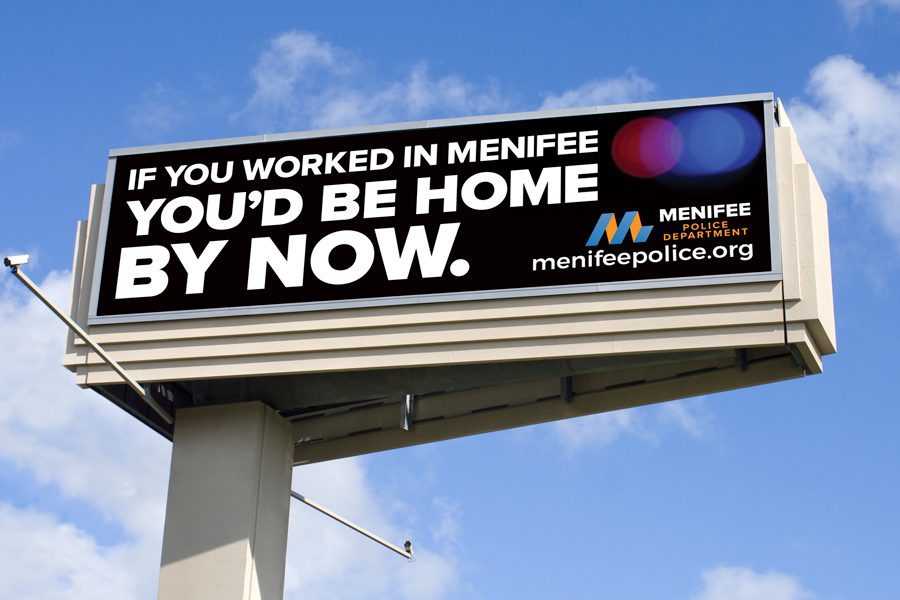